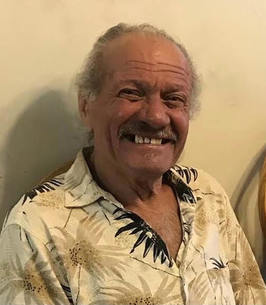 With heavy hearts, the family of Frank John Minelli, age 74 years, announce his peaceful passing in Thunder Bay Regional Health Sciences Centre, on Thursday, November 17, 2022, with his family by his side and a smile in his heart.

Frank was born on October 16, 1948 in Gubbio, Perugia, Italy. He came to Canada in 1955 with his family and began life in Atikokan, ON where eventually he met the love of his life, Barbara Newman. They were married in Thunder Bay, December 19, 1975 and again March 6, 1976 just to be sure the knot was tied tight - Dad always said if you don't know, knots tie lots.

Frank began his career with Can Car (Bombardier) in 1976 working his way from the line to management, known even to this day as one of their best supervisors. He retired in 2008 as "King of the Bi-Level" and got started on enjoying his retirement right away.

Over the years Frank and Barb travelled as much as they could, making lifelong friends along the way, many of whom travelled from far to attend their legendary Minelli Family BBQ year after year. Frank lived for fun, bringing a smile to the faces of everyone he met. Referred to by mom as the Mayor of Pleasantville and to the State of Florida as the Mayor of Madeira beach, he was just about to make the move to Wasaga Beach, where we are sure he was planning to take over as mayor there too. Everywhere he went his message was clear - KEEP SMILING - and that he did.

Frank was an amazing husband, father and Papa, his family was everything to him and he was everything to us. He was at every event cheering on his grandkids in everything they did. He loved his family and having them around him, having us in Florida, walking the beach, driving to show us his favorite places, playing in the sand, walking around the yard, ANYTHING to be enjoying life. He was the kind of guy who would do anything for anyone, and that he did. He even kept a spare vehicle in case any of his kids or grandkids needed one. He was the most positive and kind man any of us knew and we promise you Frank/Dad/Papa - we will keep the glass half full and your smile in our hearts forever.

Frank is survived by his wife of 47 years, Barbara (nee Newman); his children, Melissa (Bradley), Myla (they/them) (Heather) (she/her); his grandchildren Cody (Katelynn), Emily, Nathan, Matthew, Samuel, Julia and Rosa and his great grandchildren Blair and Alaia; his brother Joe (Brenda) and family, and his Zia Ellena and family as well as a LARGE collection of close friends/family/neighbours that would take more than a year to list.

A Celebration of Frank's Life was held on Sunday, November 20, 2022 at the Family Home. Should friends so desire, donations made in memory of Frank to the Underground Gym would be greatly appreciated.

A big thanks to the health care team from the Emergency and ICU departments at TBRHSC for your care and compassion and support during his time there.

Arrangements have been entrusted to the WESTFORT CHAPEL, 420 West Gore Street at James.