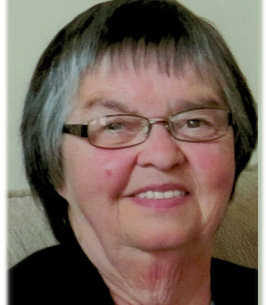 It is with heavy hearts that we announce the passing of Aili Fanny Susanna Nojonen (Kontturi), mother, grandmother and mummu of two delightful great grandchildren. Aili was born on March 23, 1936 in Port Arthur and was called to her eternal home on Tuesday, November 15, 2022 at the age of 86.

She attended Port Arthur Collegiate Institute and Normal School in North Bay. Upon graduation she taught at various schools in and around Thunder Bay before she went to work at Bay Meats for her husband John whom she had married in 1957. During her younger years, with her husband she enjoyed travel to Finland, across Canada, to Florida and Cuba, and the numerous trips to Southern Ontario to visit family and friends. After they sold the store, she volunteered for the Lutheran Chaplaincy Services and at Lutheran Community Care Centre. She worked for Lutheran Community Housing Corporation until her retirement. Having moved back to town, summers were spent at the cottage at One Island Lake where she enjoyed gardening, the sauna and swimming as well as photography, especially capturing the beautiful sunrises over the lake. In recent years she thoroughly enjoyed the visits of her grandchildren and great grandchildren.

Aili is survived by her two daughters; Christine Nojonen of Thunder Bay and Karen Despres (Dennis) of St. Albert, grandsons, Richard Despres (Lyin) of Victoria, British Columbia and Andrew Despres (Erin) of Edmonton, Alberta; great grandchildren, Marion and Edouard Despres of Victoria; as well as other relatives in both Canada and Finland.

Aili was predeceased by her husband John, father Emil Kontturi, her mother Lahja Toivonen, her grandparents Fanny and John Korpela, her step father Into Toivonen and special aunt Linne.

Aili would like to thank “her girls” from Bayshore without whom she would not have been able to stay at home as long as she did, and especially daughter Christine who came home in 2019 to look after her parents. Special thanks also to her nurse Paula and to Dr. Mary MacDonald for the exemplary care they have offered over the past few years.

To celebrate Aili’s life there will be a private family gathering with interment in Riverside Cemetery at a later date. Arrangements have been entrusted to the EVEREST FUNERAL CHAPEL, 299 Waverley Street at Algoma.

If friends so desire, in lieu of flowers donations made in Aili’s memory to Lutheran Community Care Centre, the Thunder Bay Regional Health Sciences Foundation (Vascular Surgery) or Diabetes Canada would be appreciated.

Goodbye my family, my life has passed.
I loved you all to the very last.
Weep not for me, but courage take
Love each other for my sake.
For those you love won't go away
They walk beside you every day.