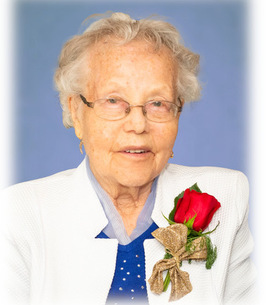 It is with heavy hearts that the family of Pirjo Inkeri Sunila announce her passing on Sunday,
November 13 th at her home in Thunder Bay.

Pirjo was born January 29, 1934 in Rauma, Finland. She first met her future husband, Bruno
Sunila, in Finland when she was working at the post office in Laitila. Following the death of her
father in her early 20’s, Pirjo immigrated to Canada with her mother. Already skilled bakers,
Pirjo and her mom obtained employment at Kivela Bakery. Shortly thereafter, Pirjo came
together with Bruno once again in Port Arthur. They were married April 2, 1960 and settled on
Harold Street (now, Hartland St.). Together they made their house a home and raised their
three children, eventually moving to Dawson Road to experience country living. Pirjo and Bruno
enjoyed travelling and spent over 20 winters in Florida where they made many friends. Florida
was her happy place where she enjoyed the sunny days, evening walks, game nights and
musical entertainment. Pirjo took great pride in coordinating sing-along events at Christmas time
for the large Finnish community in Lake Worth and Lantana.

Pirjo was known as a great host, her talents for cooking a delicious meal and baking sweet
treats were things she loved to share. Christmas dinners with over two dozen guests were not
uncommon. She was a kind and generous woman who was dedicated to her family and the
Finnish community. Never to shy away from hard work, once her children were in school, she
drove a school bus for a while and also worked at the Hoito Restaurant in many capacities.
Pirjo was also a talented musician who played both the accordion and mandolin. She was a
long-time member and held various leadership roles in the Ladies Oras Choir and the Ladies of
Kaleva. Her faith was very important to her, and she was a lifetime member of the Hilldale
Lutheran Church.

Pirjo was predeceased by her mother, Enni Laaksonen and father, Einar Laaksonen.

She is survived by her loving husband of 62 years, Bruno; her beloved children; Carina (Allen) Barrie,
Christine Drake (Scott Chisholm) and Carlo (Stephanie Block); cherished grandchildren,
Benjamin and Clare and brother in-law Rainer Sunila and his family in Finland.
Funeral Services will be held on Thursday, November 24, 2022 at 11:00am at Hilldale Lutheran
Church with Pastor Sirpa Tolppanen officiating. Interment will follow at Riverside Cemetery.

Arrangements have been entrusted to the EVEREST FUNERAL CHAPEL, 299 Waverley Street
at Algoma. If friends so desire, donations may be made to Hilldale Lutheran Church.