To share your memory on the wall of Mr. Jack Vaclav, sign in using one of the following options:

Provide comfort for the family by sending flowers or planting a tree in memory of Mr. Jack Vaclav

A receipt has been emailed to the address provided. A receipt may also be printed.

Provide comfort for the family by sending flowers or planting a tree in memory of Mr. Jack Vaclav

Donations are being accepted for:
THE RURAL CUPBOARD FOOD BANK ST PATRICK'S CATHEDRAL

We encourage you to share your most beloved memories of Mr. Jack here, so that the family and other loved ones can always see it. You can upload cherished photographs, or share your favorite stories, and can even comment on those shared by others.

Posted May 04, 2021 at 02:18pm
My deepest condolences to Maureen and extended family on Jack's passing. In the early 70's we lived just down the road from the Vaclav farm. These were lean times and I will always be grateful for the helping hand Jack constantly extended. Everyone who new Jack realized this was a giant of a man with huge hands and even a bigger heart. Coffee was always on at the Vaclav farm and I'll never forget the many lively conversations we shared over a cup.
Always thankful Jim Corbett
Comment Share
Share via:
MH

Posted May 01, 2021 at 09:36pm
So sorry to hear of Jacks passing ,we have fond memories of him ,my girls D’Arcy and Arlayna remember the barn dances ,my son Brendon and his family will look after the hilly field across from your farm they are building on for you Jack ,You will be missed Jack ,Again Donald and Margaret Hill and family send our deepest condolences
Comment Share
Share via: 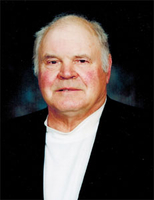