To share your memory on the wall of Mr. Selwyn Chambers, sign in using one of the following options:

Provide comfort for the family by sending flowers or planting a tree in memory of Mr. Selwyn Chambers

Provide comfort for the family by sending flowers or planting a tree in memory of Mr. Selwyn Chambers

On September 29, 2020, Selwyn Chambers passed away peacefully at the Southbridge Roseview Nursing Home. He was 94.

Sel was predeceased by his wife, Valery. He is survived by his older sister Sheila; children ... Read More
SELWYN CHAMBERS

On September 29, 2020, Selwyn Chambers passed away peacefully at the Southbridge Roseview Nursing Home. He was 94.

Sel was unforgettable - curious, interested, a talker. He loved a good debate. He sang Danny Boy to his grandchildren, danced and fixed everything. Sel was the youngest of 8 children, a curly haired cutie, with his mother and older sisters catering to his every need. He enlisted in the Fleet Air Arm near the end of WWII and worked on the Spitfire and Hurricane, developing his life long love of all things mechanical. After the war, Sel worked at Squires Gate Airport in Blackpool. When his shift was done, his mom always made sure his tux was pressed and laid out for him so he could compete in the Winter Gardens or the Tower Ballroom. We can't forget his smile as he would tell us how he chose his dance partner based on how well she managed a heel turn, and when his dance Team beat the Dane's and the Swedes in competition. Ever the athlete, Sel also played soccer for ACS Blackpool. In the early 1950's, Sel came to Canada when his closest friend invited him for an adventure. He told us he almost got on a ship to go home when he found out there wasn't a place for ballroom dancing. Happily, he met Val, another adventurous Brit, the love of his life, in Toronto of all places.

Canada was good for Selwyn's career. De Haviland hired Sel immediately, and he stayed until a new opportunity presented itself with A.V.Roe, home of the famous CF -105 Arrow. We loved his accounts of working on the Arrow, and he was particularly proud of the fact that his sign off on the airworthiness of the Arrow was needed before a test pilot could fly it.  After the Arrow was shut down, he moved on to BOAC at the busy Toronto airport.  Shift work meant he often missed Christmas and he was regularly overseas taking courses to keep up with technology.  So, in 1970, Selwyn moved to Thunder Bay to teach Aircraft Maintenance and Theory of Flight at the new Confederation College. He and Val were avid members of the Fort William Golf and Country Club for nearly 40 years.

He loved fishing in the ocean and had a soft spot for animals. It wasn't unusual to hear him singing a song from his youth or reciting his favourite poems.  When he heard an airplane fly over, he would look to the sky, listen for the engine and could tell what type of plane it was.

He remarked that he wished he could fly like a bird, so the next time you see an airplane or a bird in the sky think of him!  "Time and Tide wait for no Man"

A Celebration of Selwyn's Life will be held at a later date. Should friends so desire, in lieu of flowers, donations made in memory of Sel to the Alzheimer Society would be greatly appreciated.

Arrangements have been entrusted to the Westfort Chapel, 420 West Gore Street at James.

We encourage you to share your most beloved memories of Mr. Selwyn here, so that the family and other loved ones can always see it. You can upload cherished photographs, or share your favorite stories, and can even comment on those shared by others.

Posted Nov 01, 2020 at 06:27am
I am so sorry to hear your sad news. My father, James Lesley Hodgkiss, was the best friend who emigrated to Canada with your father. He was best man at your mum and dad's wedding and your mum was my godmother.
My father passed away in 1991. You will have such wonderful memories to share with your loved ones Posted Oct 03, 2020 at 03:57pm
We were so sorry to hear of the loss of your dad, father-in-law and grandad. I loved spending time out at your home during our high school years ~ your dad always brought a smile to my face! Sending you all much love during this sad time, and keeping you all close in our hearts and our prayers. 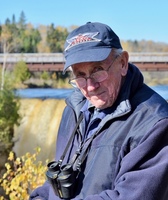 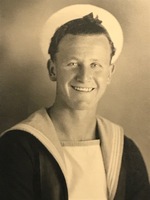 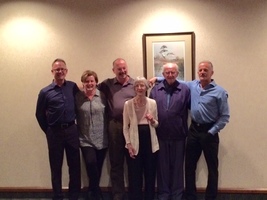